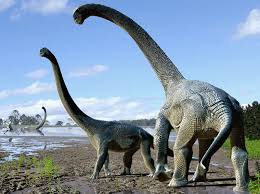 Prehistoric Dinosaurs 101: A Natural History
Tuesdays and Thursdays,10 - 11:30am EST
​10 virtual 1.5-hour sessions*This class is held on the Zoom platform.
*All students receive a Certificate of Completion
*No prerequisite class is required. Class is appropriate for all interested students.
*tuition for the course is $325

​DOWNLOAD FLYER HERE
This course will review the 180 million “Age of the Dinosaur,” the Mesozoic Era. The Mesozoic Era is characterized by the evolution of many species and marked by two major extinction events at the beginning and end. Most notably, it is known for the period when dinosaurs reigned and dominated the planet.

In this class, we will investigate major plant and animal groups that emerged during the Mesozoic Era. Students will be able to:
Get ready to learn about these incredible creatures!

​Dan Elfawal has a Masters in Special Education/Elementary Education, is a Board Certified Behavior Analyst, and a certified yoga instructor. He has been educating children and adults for over 15 years. At PBS Consulting & Psychological Resources, P.C., Dan has provided education consultation and crisis counseling, parent training, job development and coaching, and SEIT services. He has worked in various settings, including K-12 classrooms, colleges, and the greater Long Island community.