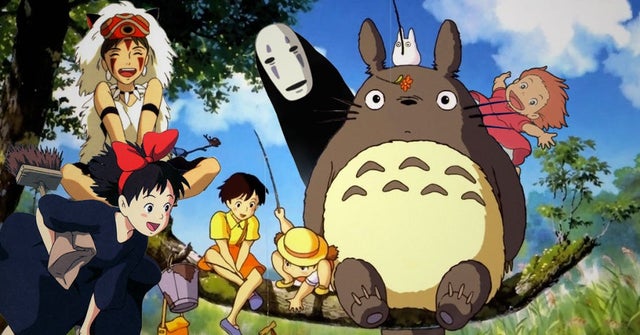 The Journey of the Anime Titans: History of Studio Ghibli
Mondays & Wednesdays, 12:30-2pm EST
​10 sessions, 1.5-hour each *This class is held on the Zoom platform.
*All students receive a Certificate of Completion
*No prerequisite class is required. Class is appropriate for all interested students.
*Tuition for the course is $350

DOWNLOAD FLYER
Come and look inside the history and fascination of the Anime juggernauts of the film industry, Studio Ghibli! Their high-quality animation mixed with exciting storytelling made them one of the biggest studios in the animation world. From My Neighbor Totoro to Spirited Away, they have made several classic films that have influenced many of the American icons we know and love today. The topics of this class will include, but are not limited to:The goal of this class is to be thought provoking, fun, and engaging! So, come take this journey with me to learn more about their history and how they became one of the biggest players in film animation.

​​Vincent Gamboni is the instructor. Vince is immersed in all aspects of popular culture and fandom. Throughout the years, he has gone to events celebrating pop culture, such as Comic-Con and other conventions, where he gets to dress up and fully immerse himself in the experience. In addition to being a pop culture super-fan, Vince is a Personal Trainer and Crossfit Coach, Direct Support Professional and a Community Integration Specialist  at PBS Consulting. Vince is also proud to have recently passed a test to earn the credential of a Board Certified Behavior Analyst.
Vince is excited to be sharing his passion and learning with the students. And having fun in the process!